A Punishment that WORKS

Are you looking for a punishment that works? This one is a simple solution that doesn’t affect everyone else in the house.

When kids get into have bad behavior, parents are always trying to think of some sort of creative punishments. We take away outside time, friends, toys, and sports. Many times the consequences we choose is a punishment for the parents (and other kids in the family).

Kids need outside time to run and play after being in school all day.  I can’t take my son’s school issued computer away because he uses it for schoolwork.  It’s hard to come up with a good punishment that works.

For example, I would make a no outside punishment, but then something would come up.  My son would have a fundraiser and have to go door to door.  I would have to take a sibling to soccer practice. This consequence was not effective. The punishment never worked and he was still outside.

Punishing kids is never fun, but sometimes you have to discipline your kids and teach them that what they are doing is wrong or inappropriate.

A punishment for children that works

I was talking with my sister-in-law and she told me about a punishment that works and it doesn’t punish you too. It’s so simple and I’m doing this next time.

Instead of grounding or taking away the tablets you just put them to bed early. We aren’t talking 30 minutes early. I’m talking about painfully early. My oldest son is 10 and usually gets to bed around 9 (our bus doesn’t come until 8, so we aren’t super early risers).  His bedtime would be 7 o’clock. No books. No electronics.  Nothing.

I thought this was a genius idea. This would kill him when his brother and sister get to stay up later than he does. I love that this really doesn’t affect other people in the house. Instead of no outside time for the week, I’m going to try 2 or 3 days of early bedtime and test this out.

Update:  I put my middle child (who’s 10) to bed before 6:00 on Wednesday night.  He was asleep by 6:30 and must have been exhausted.  He woke up at 6:30 the next morning ready to go.  The other kids commented they would have hated going to bed that early.  I think it worked and I WILL be using this again!

Has anyone tried this? Do you think this punishment for kids will work?

I have a parenting Pinterest board where I’ve saved tips and tricks for parents.  I even have one just for teens and tweens.  Follow me on Pinterest here. There are tons of new ideas, tips, crafts, and activities.

I usually don’t save many things for younger kids since my youngest is 8 now, so if you have kids that are growing up like mine, then head over there and follow and you can see those in your feed.  There are also a ton of recipes and dinners that are quick and easy for those busy school nights! 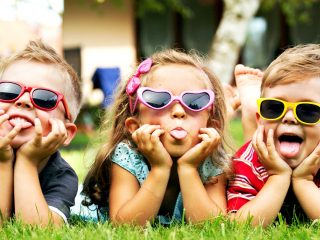 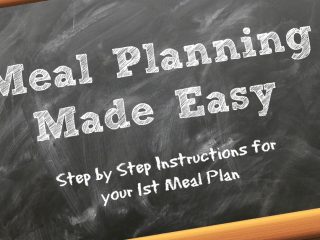 Absolutely do I do this and it is effective. I see no adverse effect as what’s been described in regards to him not wanting to go to sleep as normal if bedtime is used as a punishment. It’s been a horrible day, my10 year-old just finished a day of lying, smart mouthing, and being lazy about his homework. He will be going to bed at 5:45 tonight rather than his 8:30 regular bedtime as a consequence, and no bedtime story or tuck-in either (I think that’s the clincher as to why it works so well). It absolutely works and doesn’t ruin the evening for everyone else except for me with the whole no tuck-in bedtime story scenario...

my son thinks its death

Oh this is actually a brilliant idea! Its a punishment that will give kids a lesson (since human being is always finding ways to stay away from pain). And it gives kids more sleep so that they will hv less tendency to mal behave. Im so going to try this out!

How about giving them things instead of taking things away. Taking away video games & electronics gets old. I try giving my kids things such as extra responsibilities & chores.