How to End the Sibling War over Who Goes First

Anyone with kids that are fairly close in age knows the battle of who gets to go first.  For a long window of time, this was a constant battle between mine, from the time they got up until they went to bed, every single day.

My two kids are right at two years apart, and competition is both of their middle names!  They would argue about who got to choose the first piece of desert, who got to push the elevator button first, who got to go first on the swing, and who got the first choice of anything and everything they were ever offered.

Arguing firsts also happened with things they thought were negative, like who had to take a bath first, who had to go to the bathroom first before we left the house, and who had to get out of the pool first.  For a while, I thought I would lose my mind! 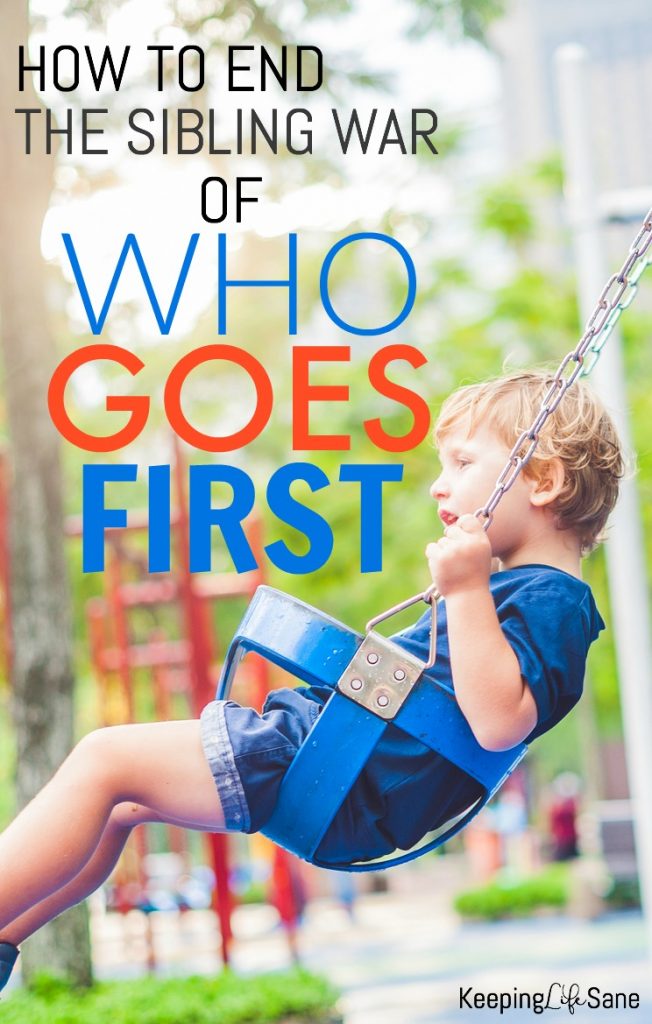 How to End the Sibling War over Who Goes First

They weren’t old enough to realize that my son does get a few extra days a year, when the month ends on an odd day.  They still have never brought it up.  If it ever does come up, I will tell them that is just a perk of being the oldest!

It worked wonders for me to link it to the calendar because I can never remember anything.  No matter where I was, a quick glance at the date would tell me who got to go first.

First Days can be positive or negative.

This solved nearly all of our who goes first problems, no matter if they were arguing about who got to go first or arguing about who had to go first.  They soon realized that their First Day was positive and negative.  It meant they could pick the biggest chocolate chip cookie and go first on the swing, but it also meant they had to take a bath first that night. It was great because it took the unfairness out of the situation, in their minds.  No one can argue with the calendar.

We also started using First Days for things other than being the first to do something or pick something.  First Days were used to see who had to take the trash out, who got to pick the show we watched before bedtime routine, who picked the bedtime story, and many other things that come up in daily life with kids.

Make sure to refer back to First Day for all kinds of situations.

Any time we ran into a situation where only one of them could do something, we deferred to who’s First Day it was.  This kept us neutral in the situation, and our kids saw it as law.  After only a few weeks of having First Days, they were automatically turning to us when a problem came up to see who’s day it was.  It really did end the arguing, at least on this subject!

Now that they are older (11 & 9), there aren’t daily reasons for us to refer to the calendar to see who goes first, but we do still use it here and there.  I hear the kids use it with each other when I am not directly involved, for things like who gets to pick the first TV show on Saturday morning or who has to brush their teeth first. I love seeing them be able to work something out without a fight and without getting us involved.

What if you have more than two kids.

Using the even and odd days of the month worked well for our family since we have two kids.  If you have more than two, you will have to get creative on how to assign days.  With three kids, you could assign them each two days of the week, with the left over day rotating on a monthly basis.

Four kids, you could do First Weeks instead of First Days.  With more than four kids, you are probably already a pro at these things and don’t need my advice for making things easier!

No matter how you choose to assign the days or weeks, I would recommend you somehow tie it to the calendar.  This makes it quick and easy to determine who’s day it is and allows parents, and even grandparents, to be consistent.

Give it a try and see how well it cuts down on arguments in your home! 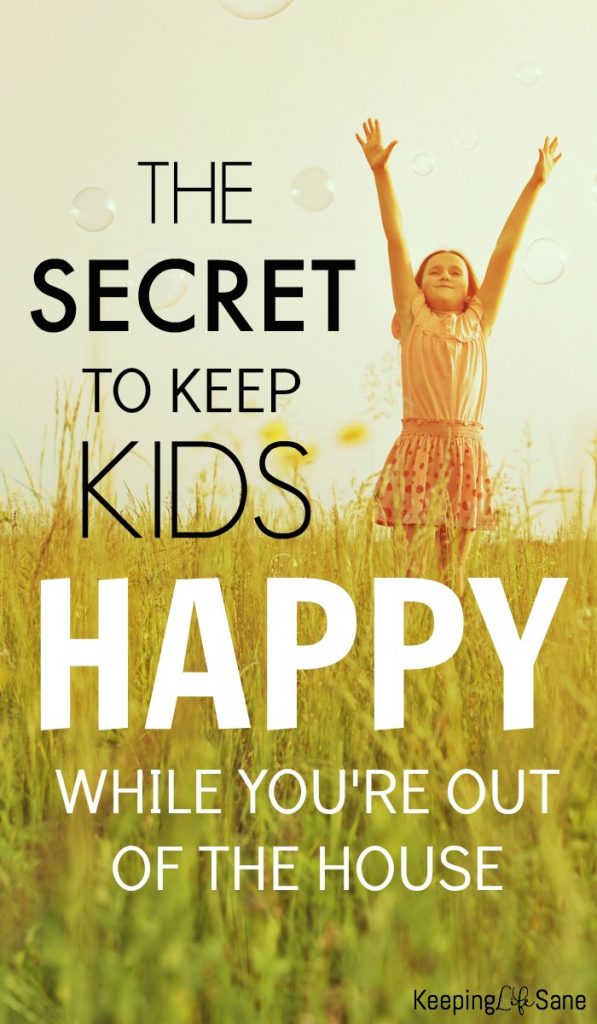 LeAnn is a stay at home mom to 2 kids. Riley is 9 and Josh is 11. She loves to read when she's not running to soccer, swim, dance and scouts! 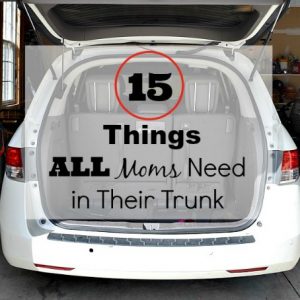